Our local heroes in Peloton Magazine, the full story…

As mentioned in a previous post, one of the many ways Christophe has been up the Ventoux, is with a city bike. This time he was accompanied by Nick, his ever faithful friend-in-mischief. The challenge was to leave Marseille’s “Vieux port” with one of the town’s Velib, ride up North to Bedoin, up the Ventoux, then back to Marseille in less than 24h…..

They actually made it in 21h, including the stops for breakfast and a proper lunch. All with the worst Mistral I’ve even encountered on any “voiture balais” mission, one to be blown down to the floor when stepping out to take pictures! Nevertheless, as always, they did it as planned, under the staring gaze of many regular cyclists who had given up the climb because of the wind…

Departure just before midnight from Marseille’s old harbour (Christophe does have cycling gear under his tourist outfit): 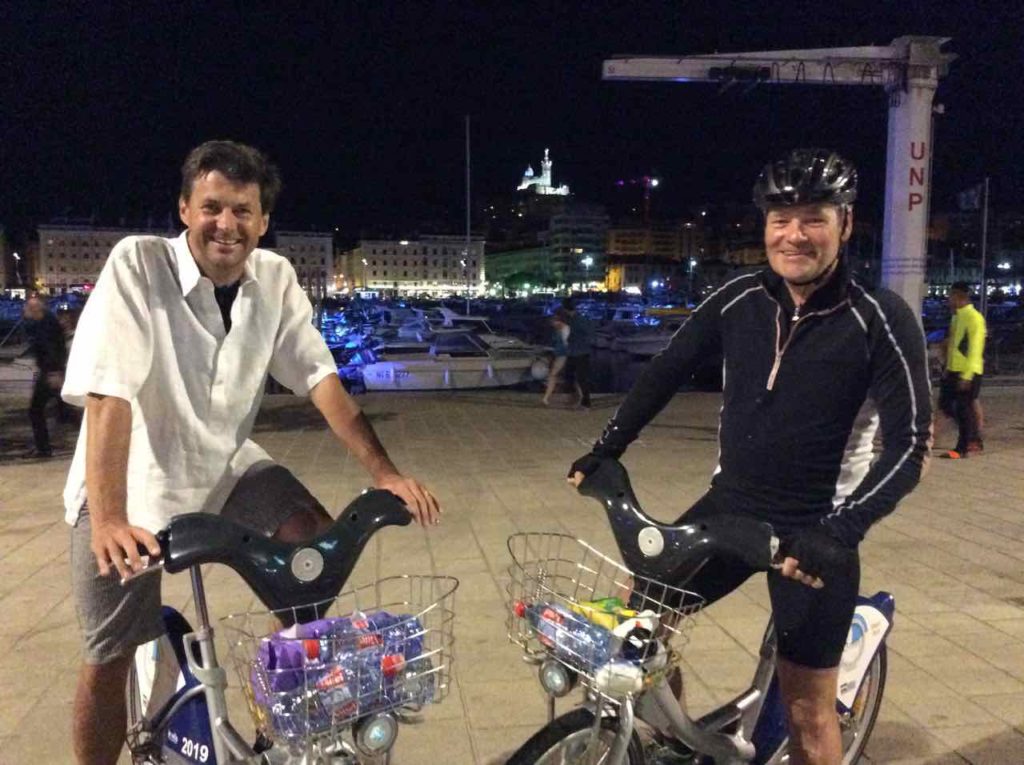 The Chalet Reynard fuel stop, they don’t look like they’ve been up all night fighting the Ventoux through over a 100k 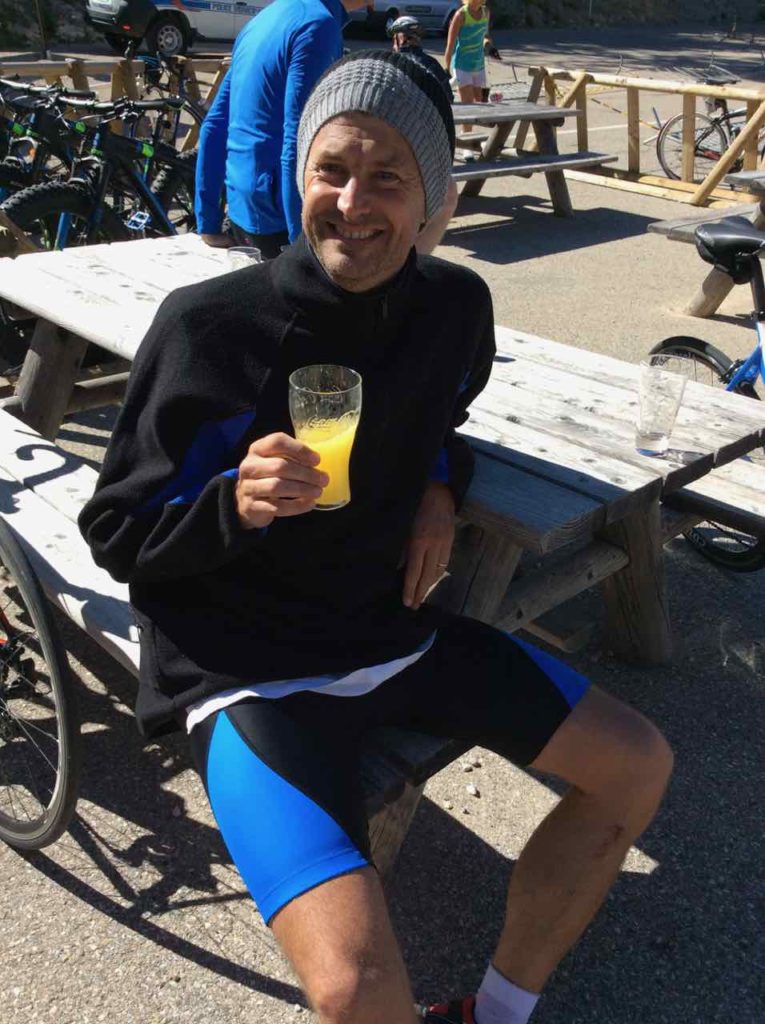 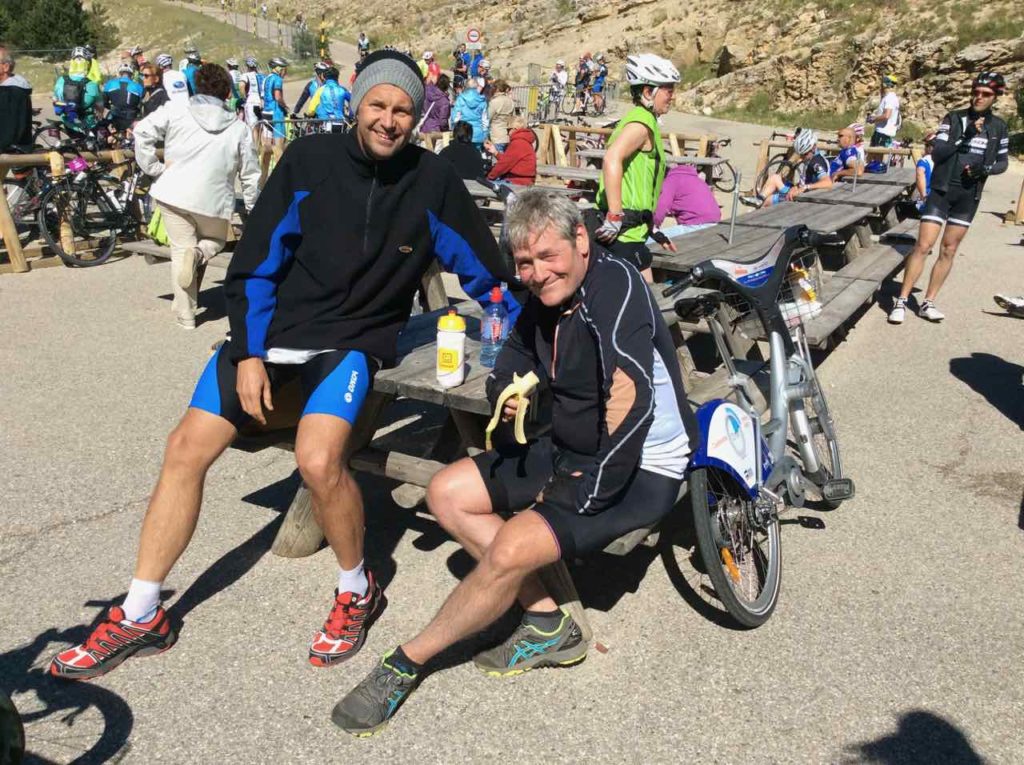 On that particular day, there happened to be an race organised by a Belgium tour operator, and the climb was very busy for a day in June. I felt a little sorry for the cyclists that being passed by two guys with city bikes, and there where quite a few of them actually… 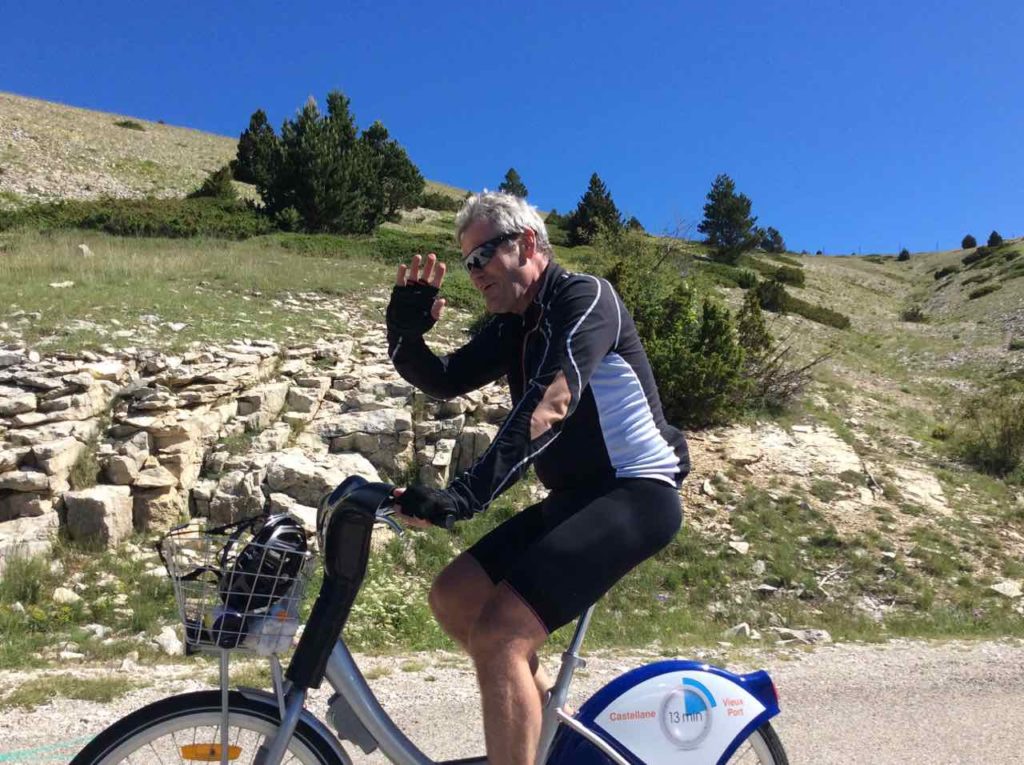 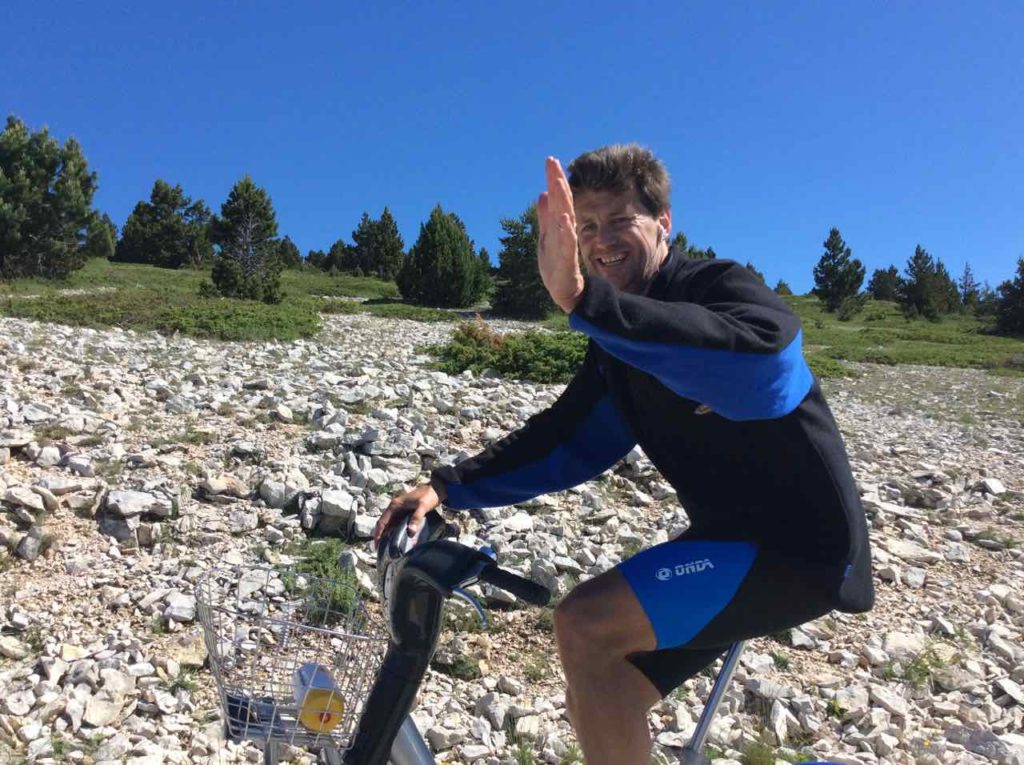 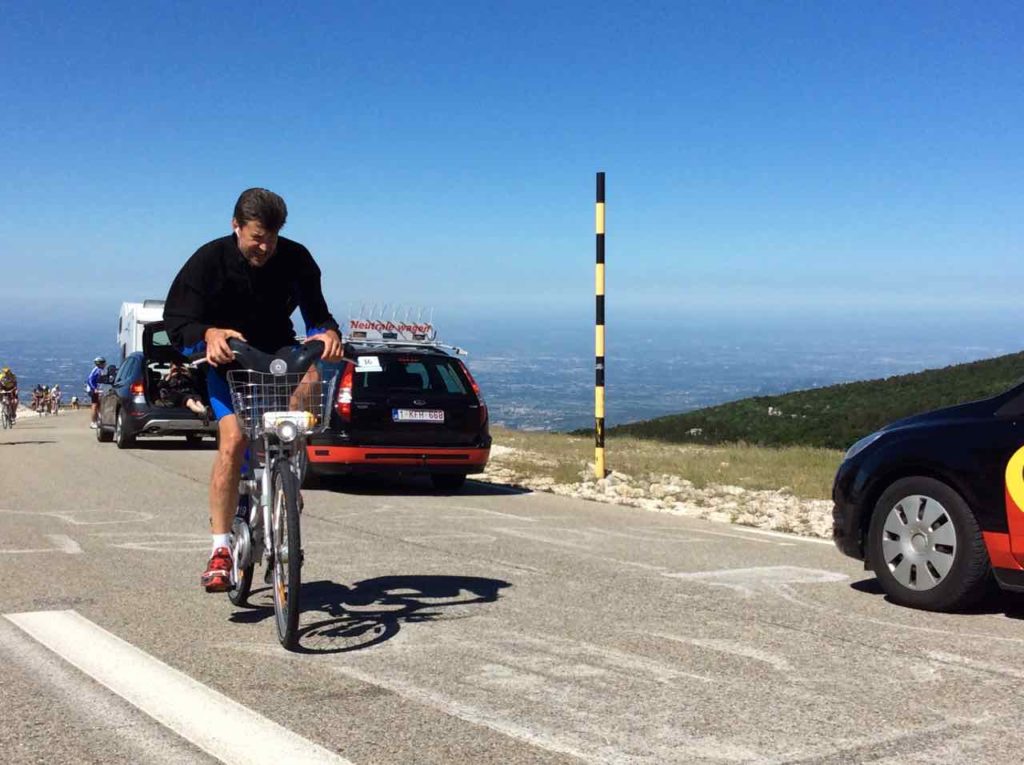 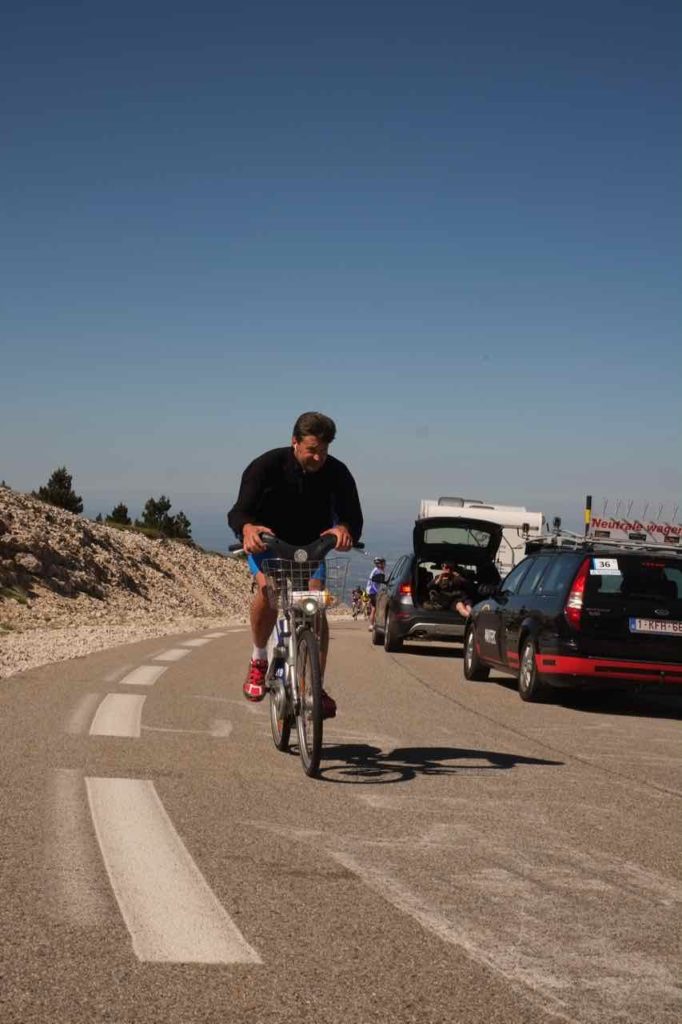 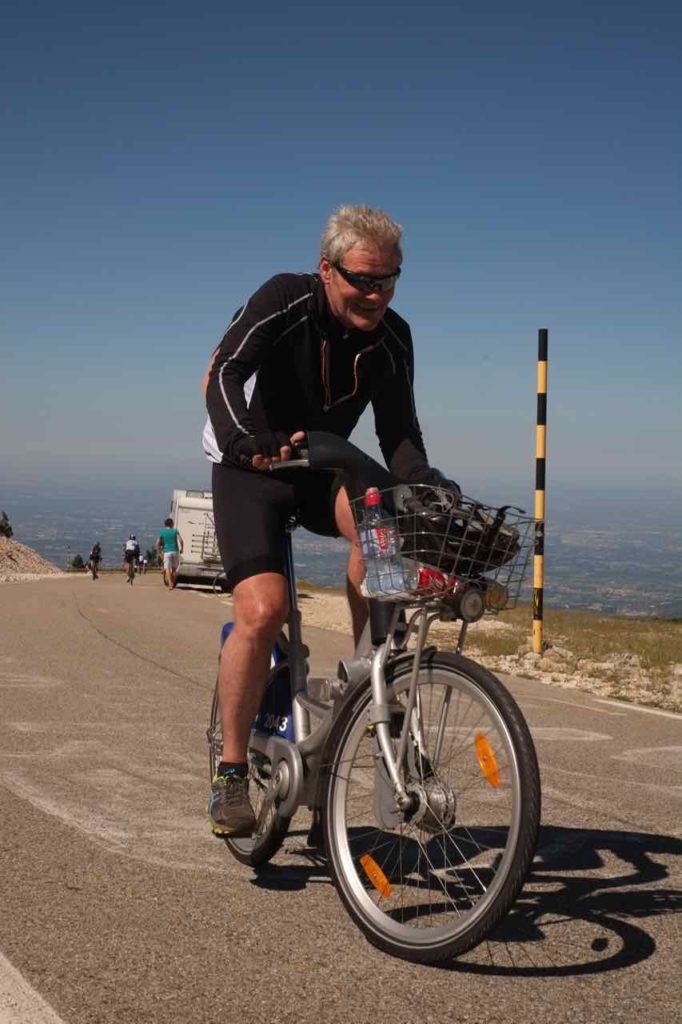 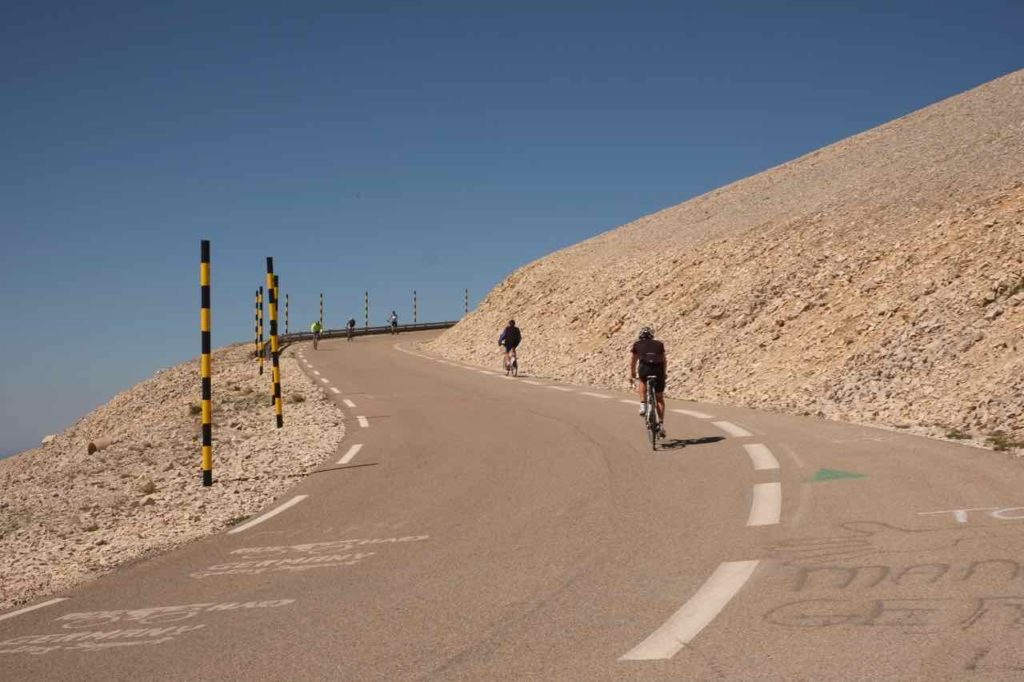 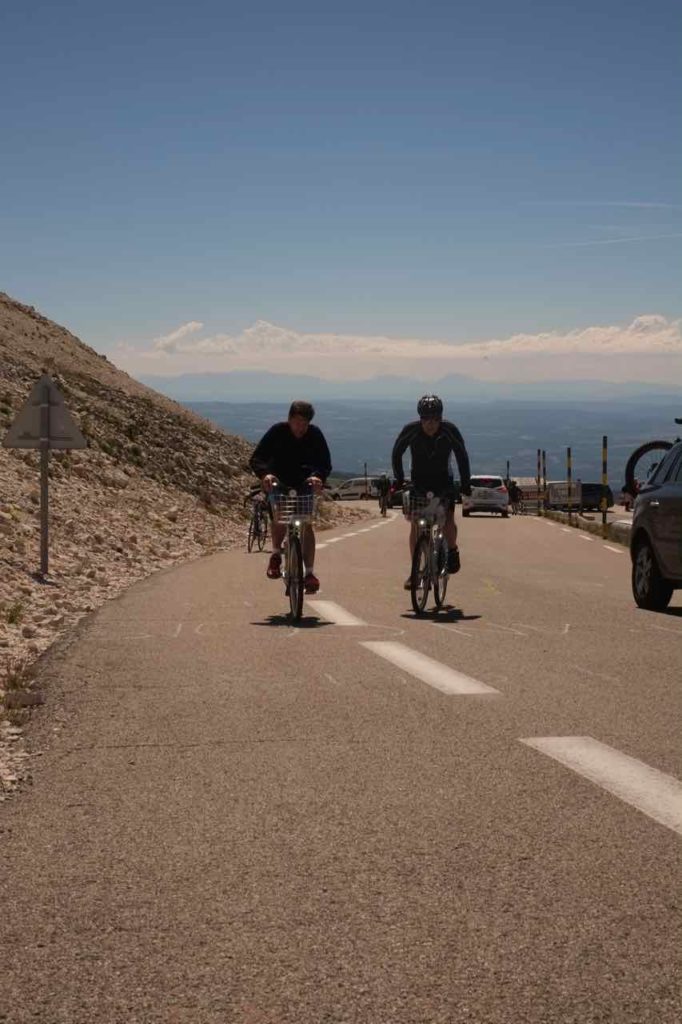 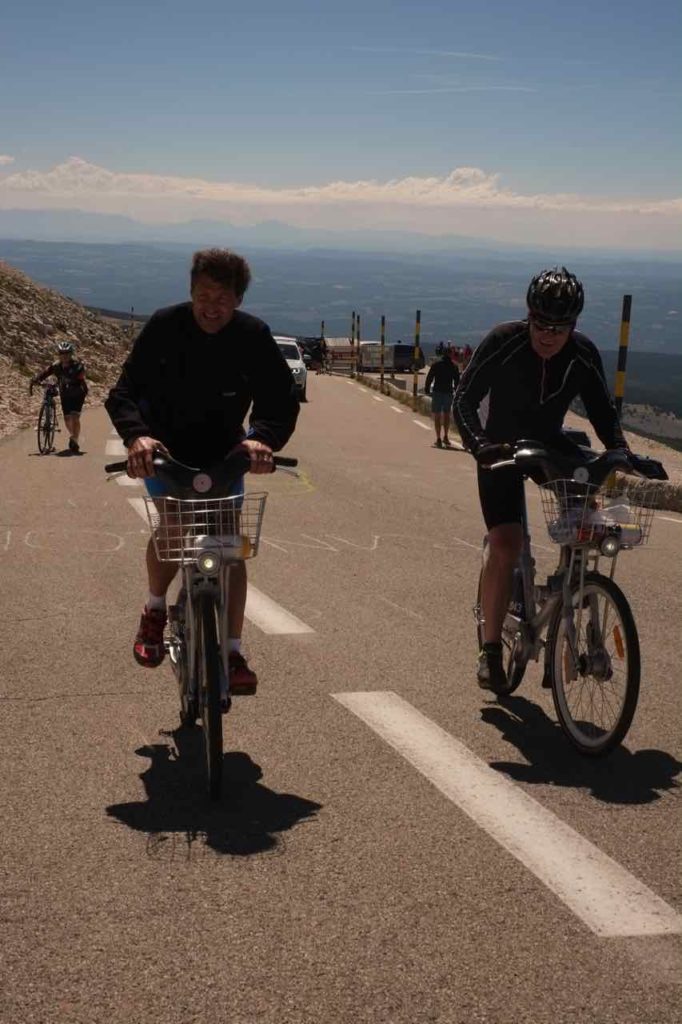 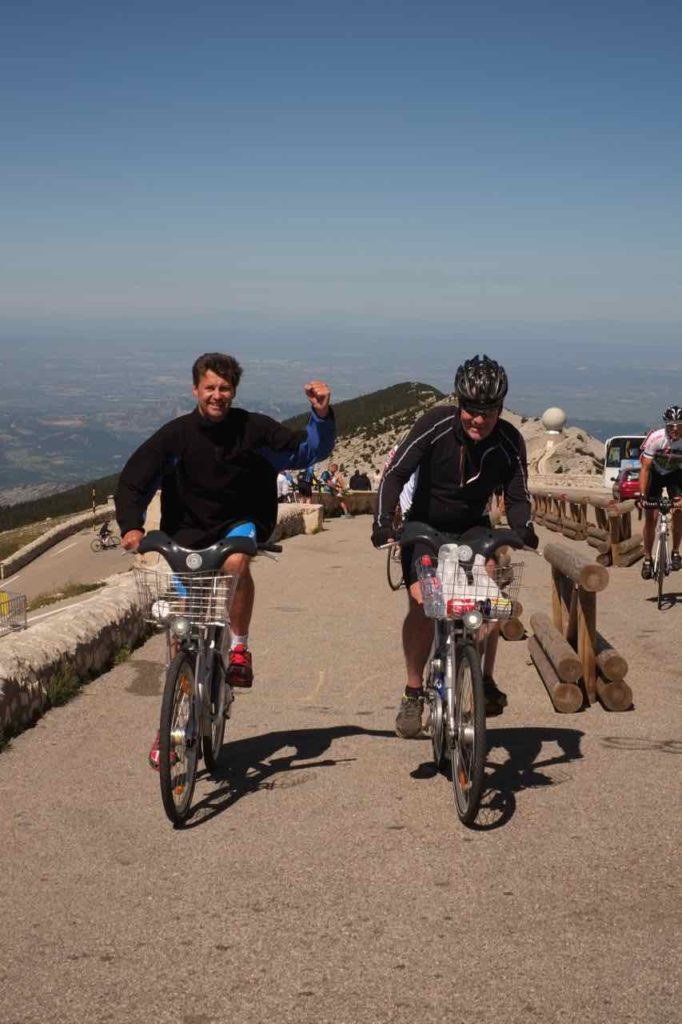 The top at lunch time 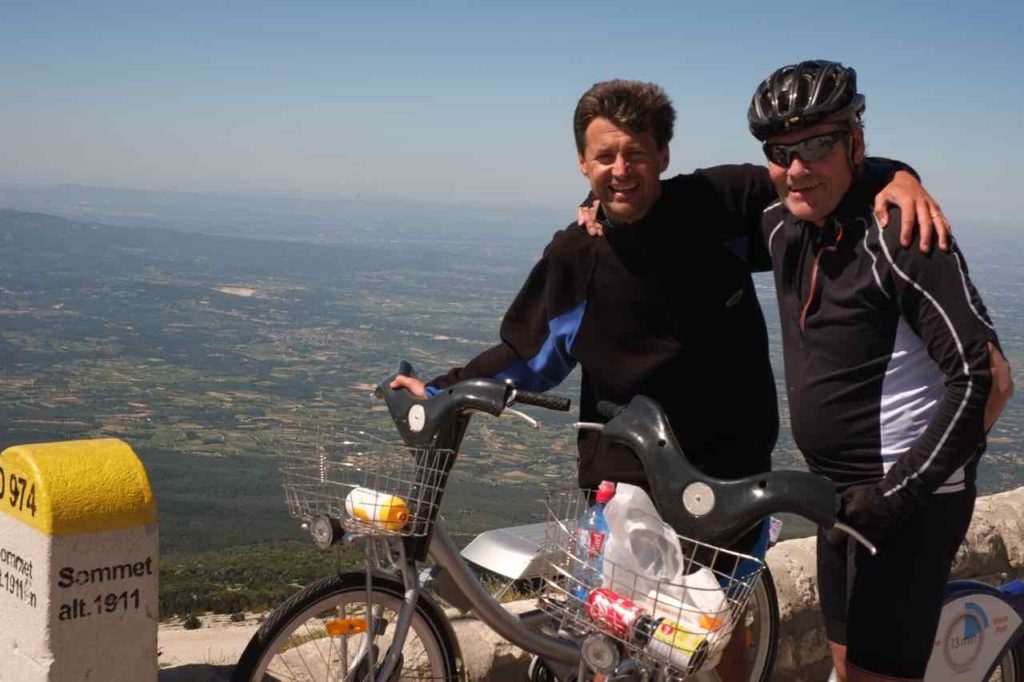 And back in Marseille @9 pm, some well deserved Champagne! 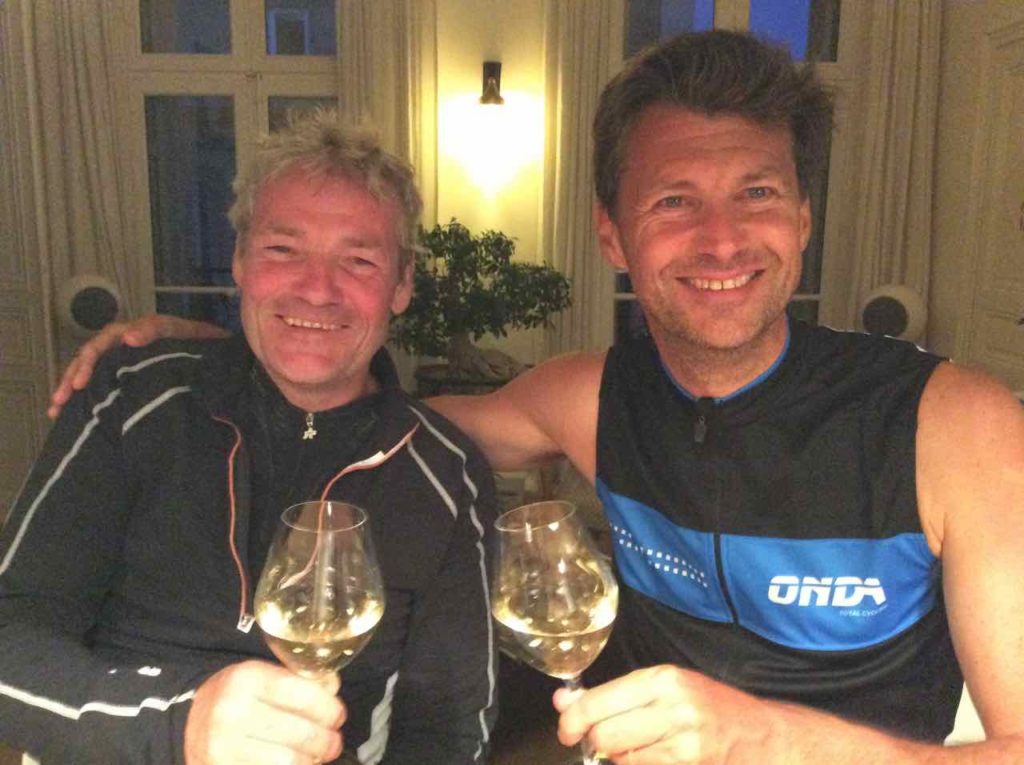 I’m not sure if this would officially count as a version of a Cinglé challenge (which both of them have done a few times), but to me, it is cinglé enough!!

The story made one line in Peloton Magazine. The full paper about Chateau La Nerthe winery, of which Christophe is the sales director, is here: Peloton June 2016 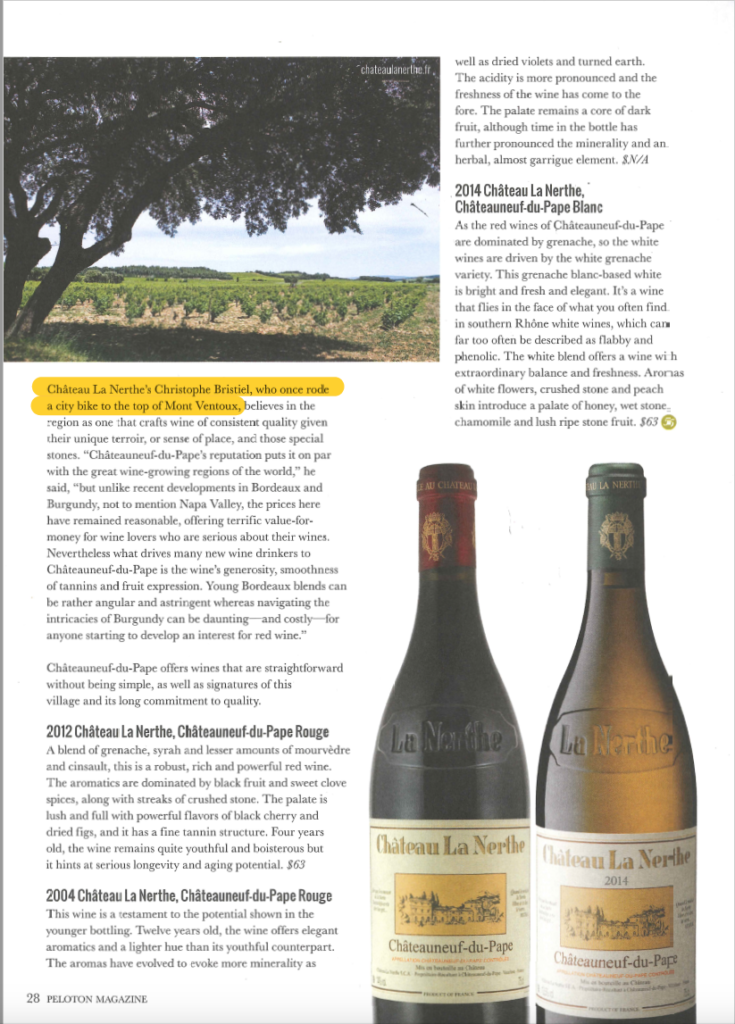